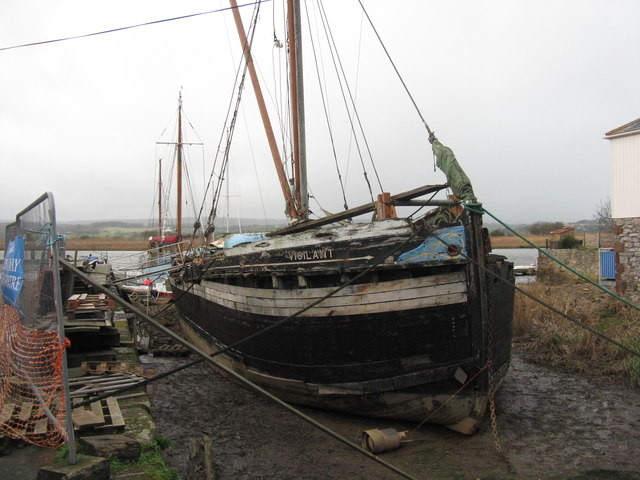 Owned by Alfred Horlock, who considered her to be a very fast barge, before she was converted to a yacht in 1932. Sold back into trade and converted to motor barge by Whiting Bros.

Passed to L.R.T.C. Owned by Dawes, Thomas and Martin. as private barge yacht until sold to Ms. Lynn Johnson & Graham Head in late 1997 and she was based at Woodbridge, Suffolk.

She moved to St Osyth in 2004, looking like she would end her days there. However, in a late twist for the barge, she was bought, patched up with plywood and motored around the South Coast under her own power to Topsham, Devon, where a restoration has been started.

She has been reframed and replanked, new hatch combings and had a new transom installed. Notably, her transom now says ‘Vigilant – Topsham’.

Being restored at Topsham Quay