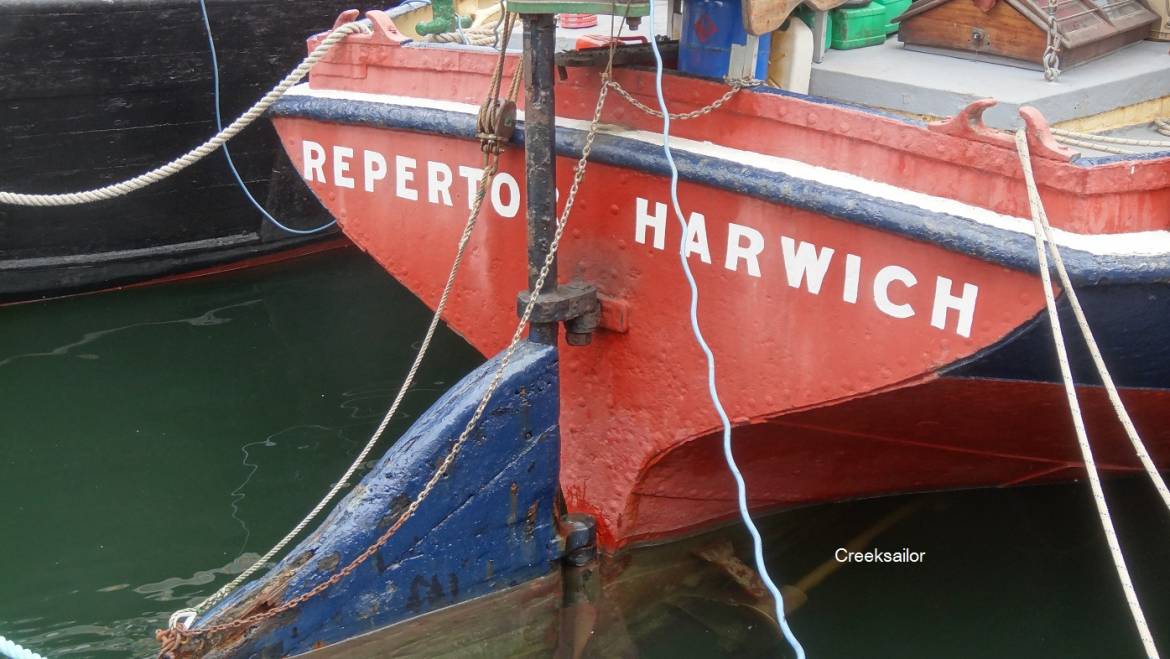 SB Repertor was the first of a fleet of seven steel barges built for Horlocks of Mistley. Her name is a Latin word meaning “leader; discoverer; innovator”, possibly chosen because she was the first of this new all-steel fleet.

When built, she relied purely on her sails for motive power; but in the 1930s she was fitted with auxiliary engines. Gradually over the following four decades her reliance on engines increased and her sailing rig was reduced, until eventually she became a motor tanker.

In the mid-1970s she was sold out of trade, with her engines stripped out, and became, for a time, a houseboat; but later that same decade she was converted back to a sailing barge with an auxiliary engine. On deck, she now once again looked very much as she would have in her trading days under sail.

In the late 1980s, she was bought by the present owners, David and Elaine Pollock, and reconverted for comfortable charter cruising and racing.

Visit her website to find out more about the barge –www.repertor.com/