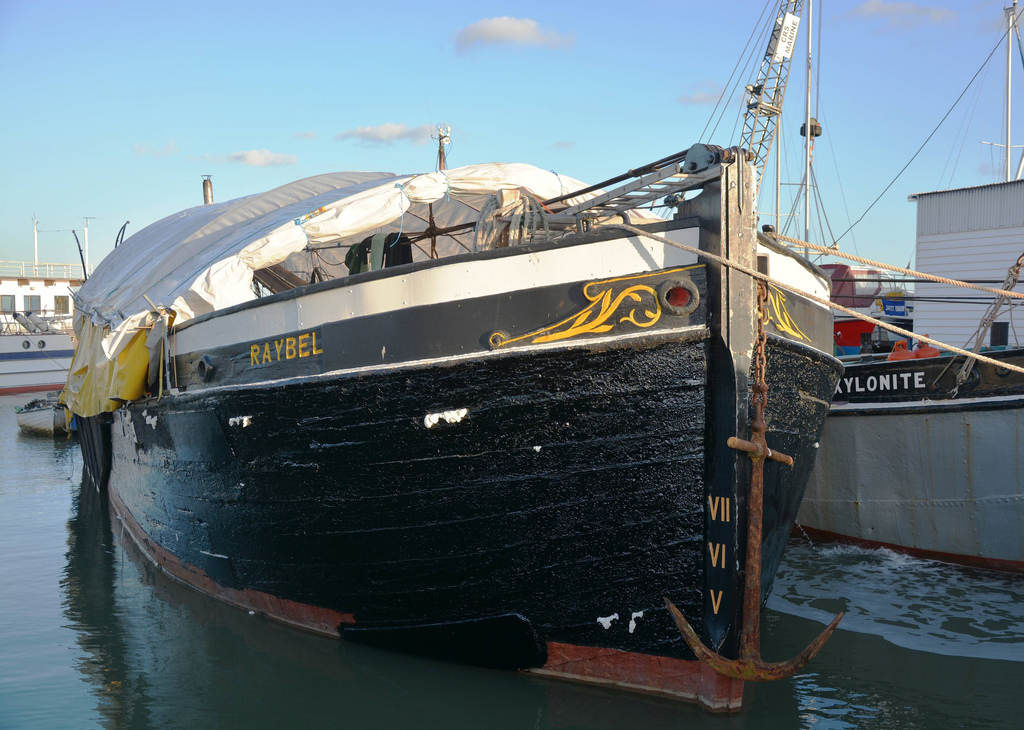 Sailing Barge Raybel was launched in 1920, at Milton Creek in Kent – the name being derived from twins, Raymond and Isabel, born earlier the same year to sailing barge owner G.F. Sully. The shipping company – known as ‘Sullys’ – had ordered a powerful coasting barge of some 90 feet from stem to stern post and with a cargo capacity of over 150 tons. Barge builders, Wills and Packham, delivered exactly that and the Raybel quickly became the pride of Sullys fleet. For over 50 years she carried all manner of cargos between London and east coast ports as well as the near continent – Holland, Belgium and France.

She is currently being restored at Lloyds Wharf, Milton Creek, Sittingbourne and is intending to take cargo under sail once completed. More information can be found on their website – raybelcharters.com/