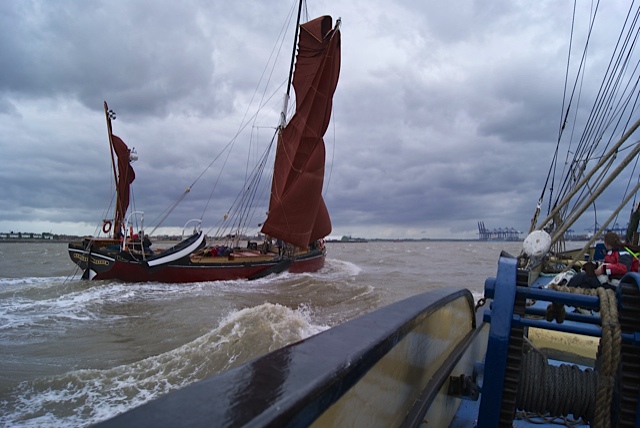 Built of steel by J.G. Fay at Southampton 1899 as one of twenty-eight sailing barges ordered by E.J. & W. Goldsmith of Grays in Essex. It took two years to complete the order with one new barge being completed every three and a half weeks. Acquired by L.R.T.C. and converted to a motor barge 1944.

She became a house barge by 1975. Owned by Jonathan & Richard Webb, a restoration was undertaken from 1994, being completed in 2009. Competed in, and won her class in the Pin Mill Sailing Clubs 48th Annual Barge Match, her first match back.

She recently moved to South Dock, on the Thames.

Based at Pin Mill, Suffolk