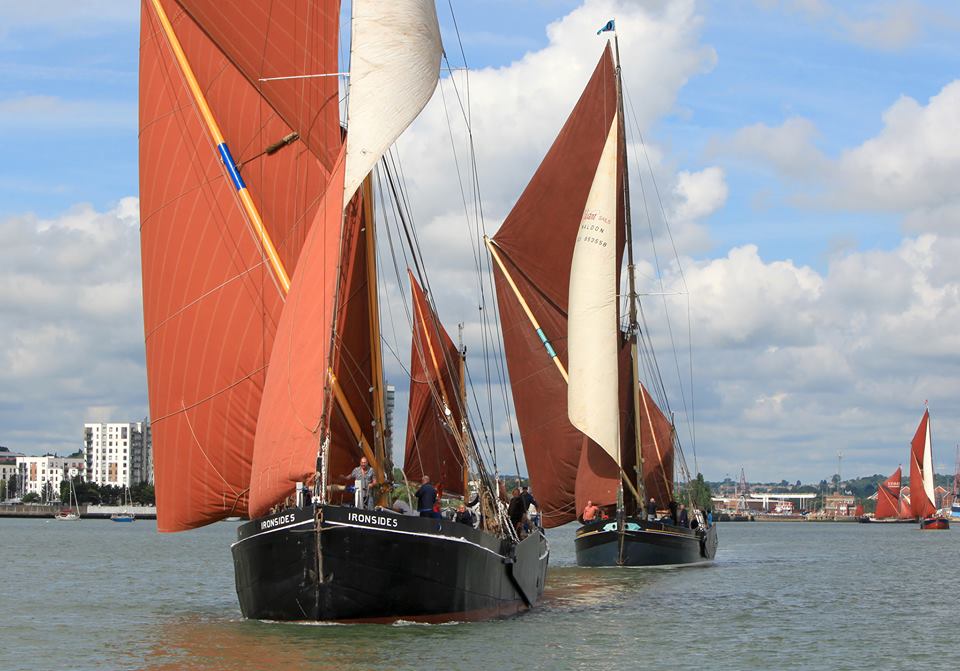 RONSIDES was built by Stanfield and Clarke, Grays, Essex in 1900 and sold to Associated Portland Cement Manufacturers. She carried stone from Portland to London under sail alone. She was nearly lost after a collision at Limehouse around 1909 and nearly lost again in a gale at Dungeness in 1928. That year she was sold to the London Rochester Trading Co. and converted to a motor barge (single hatch) in 1938.

She was damaged in the Docklands Blitz in 1940.

In 1967 she was converted to a charter yacht and became a regular winner of the Champion Barge. She has now been authentically re-rigged as a Thames Sailing Barge, although she has been converted below for charter and private groups. The iron hull has been extensively replated in steel.

She is now available to charter and is one of the barges to host an on board tea room – visit their website for more details – www.ironsidessailingbarge.co.uk