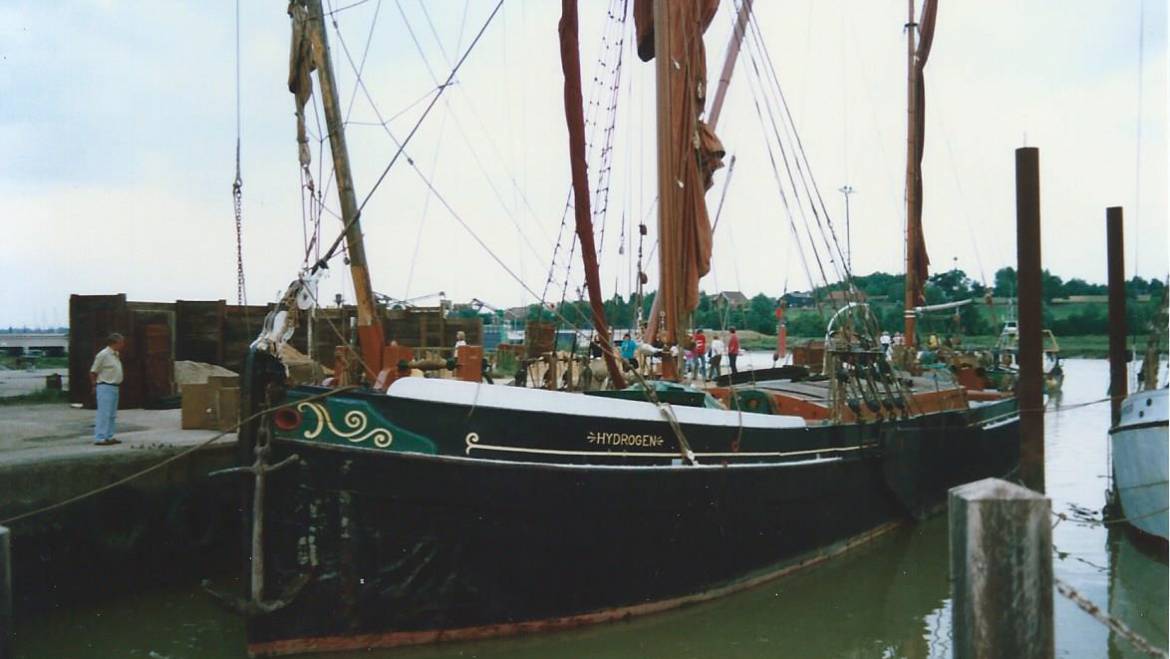 During WWII, Hydrogen was sent to the Clyde to work as a supply ship and around that time her engine was fitted. For the Queens Silver Jubilee, she joined the river Pageant as a motor barge, carrying a large golden lion on deck. Hydrogen finished in trade in 1976 and in the early 1980’s was bought by Bells Whisky and converted back to sail. Bells took her on an annual UK circumnavigation to promote their brands – so she became a regular visitor at many ports and became known as the “Whisky Barge”.

In 1992 Bells sold her and Hydrogen came to Maldon to join the Topsail Fleet of barges. In 2012 she once again took part in the Queens Jubilee, representing Essex for the day.

She regularly charters out of Maldon and London and more information can be found on Topsail’s website – www.top-sail.co.uk