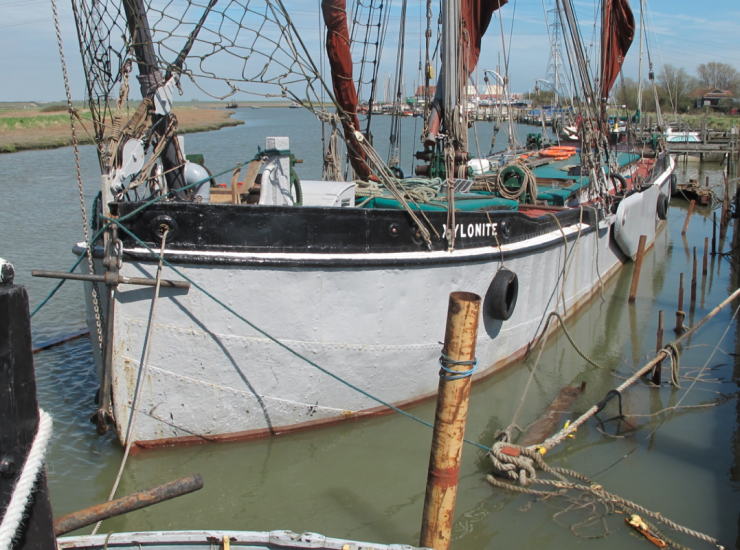 Xylonite had been launched with the name BX, but the name was quickly changed after her first skipper refused to sail her because he didn’t like the name.

Latterly owned by Greenhithe Lighterage she was rerigged by Tim Eliff as a charter barge and based at The Prospect of Whitby, P.H., Wapping. Sold to Cirdan Trust 1985 for sail training out of Maldon.

Currently based in Limehouse Marina on the Thames, where she is owned by Chris Palmer and used as a floating office for production company ‘Gorgeous’