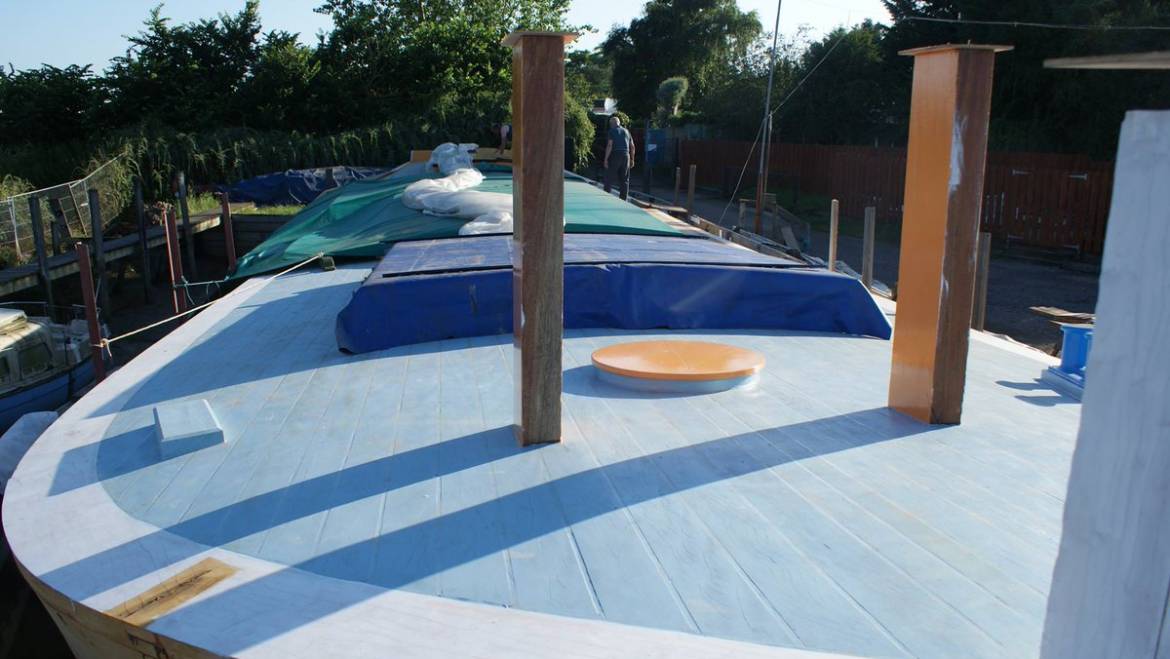 Owners, John Parker of Bradwell. Sold c.1910 to James Keeble; used as a motorbarge by Green Brothers ’51 Lost topmast 1959 but carried fore and mains’l until 1963 when laid up. Rerigged as a residential yacht by B.Metherill at Hoo. latterly owned by David Maude, Michael McInnerley,moved to Dolphin Yard, 1997, 2001 sold for restoration to Garry Diddams, 2004 at Shoregate on the Medway.

Gary, his father George (former mate on the Thyra and Cambria) and mother Jean have spent the past 17 years bringing the barge back steadily to life. As Gary says, “she will be the only barge built by moonlight”.

She has been completely refloored, reframed and redecked and is currently being planked up.

Her old wooden sprit, formerly off the William Cleverly, was used to make a new topmast for the Edith May and her wooden mainmast is due to be slimmed down and installed in Neil Pemble’s Seagull II.