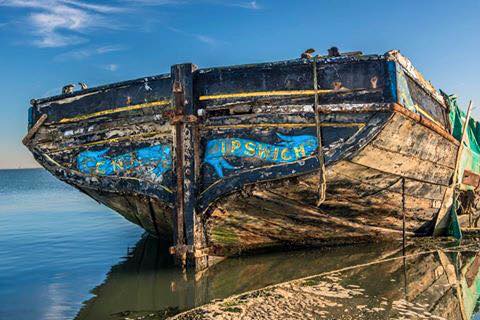 Ena is currently at the end of her life, having been dumped on the Hoo mudflats and with only the slimmest possibility of being resurrected.

The barge went to Dunkirk as one of the Little Ships and having been left on the beaches, she was refloated by soldiers and sailed back to England.

She had an auxiliary Ruston 80 engine installed she was reregistered as a motorbarge in 1949. Rerigged by her only owners then R & W Paul Ltd in 1973 for their Social Club. Sold to Luke Deards in 2001, she was the subject of a restoration programme, Salvage Squad.