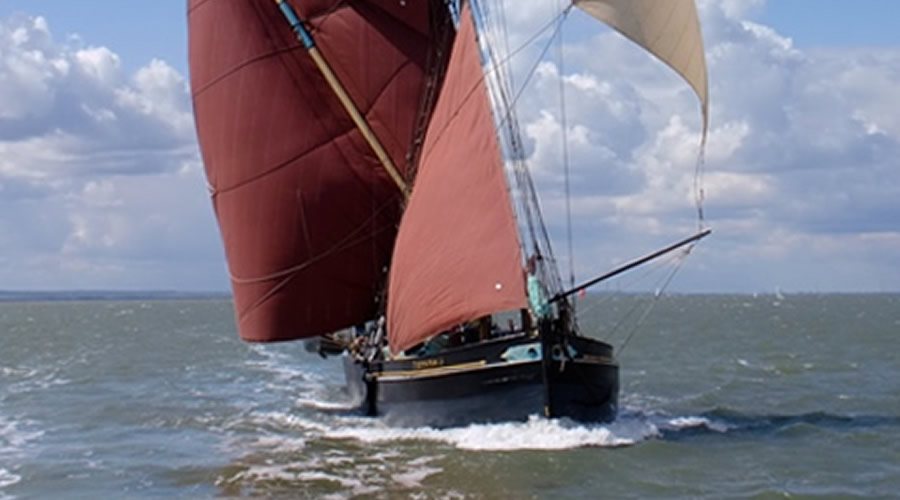 Owned by W.T.Sagrey, Barrett, and then G.F. Sully she traded until 1961 as motorbarge. Rerigged by Vernon Harvey and had many successful races. Moved to Liverpool Docks, she returned to St. Katharines 1990, owned by Roger Angus.

She was acquired in October 1999, by Geoff Gransden, and has been fully restored at Lower Halstow Dock in Kent.