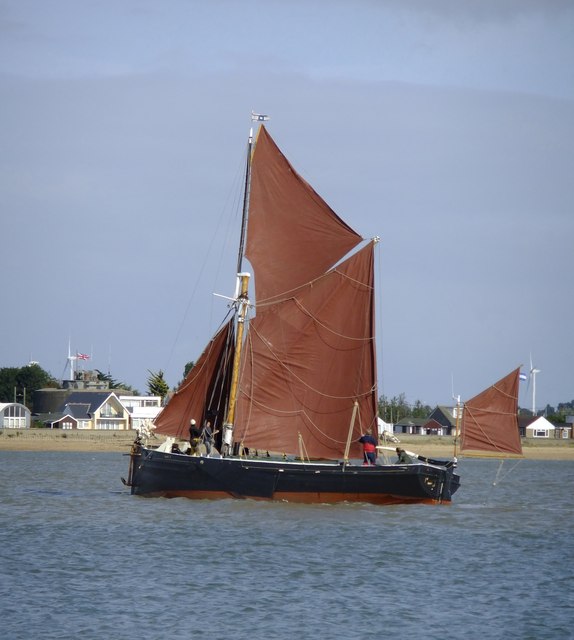 DINAH was built in 1887 by Gill & Sons of Rochester as a Thames Sailing Barge, not built to trade but as a pleasure vessel

Built of wood, she is tiller steered and has a Ford diesel engine installed.

Her first owner was the Honourable Reginald Thomas Dudley Brougham of London.

By 1979 Dinah was lying derelict in a lighter in Sharpness, Gloucestershire. She was then purchased by Aidan de la Mare and his wife Yvonne, and taken by land to Dock End Yard, Ipswich, where initial restoration work was undertaken by Roy Woods before she moved to Chelmondiston and, later, Southwold. Restoration work was finally completed in June 2006. From 2006 onwards Dinah was moored at Iken on the Alde, Suffolk. In 2013, after further repairs in Maldon, Essex, she was moved to London with her current owners.

Dinah is now regularly seen sailing around the East Coast and enjoyed a moment of fame when commissioned for a role in the 2017 blockbuster ‘Wonder Woman’. She is in disguise however, having been stripped of her sailing gear and turned into a tug.