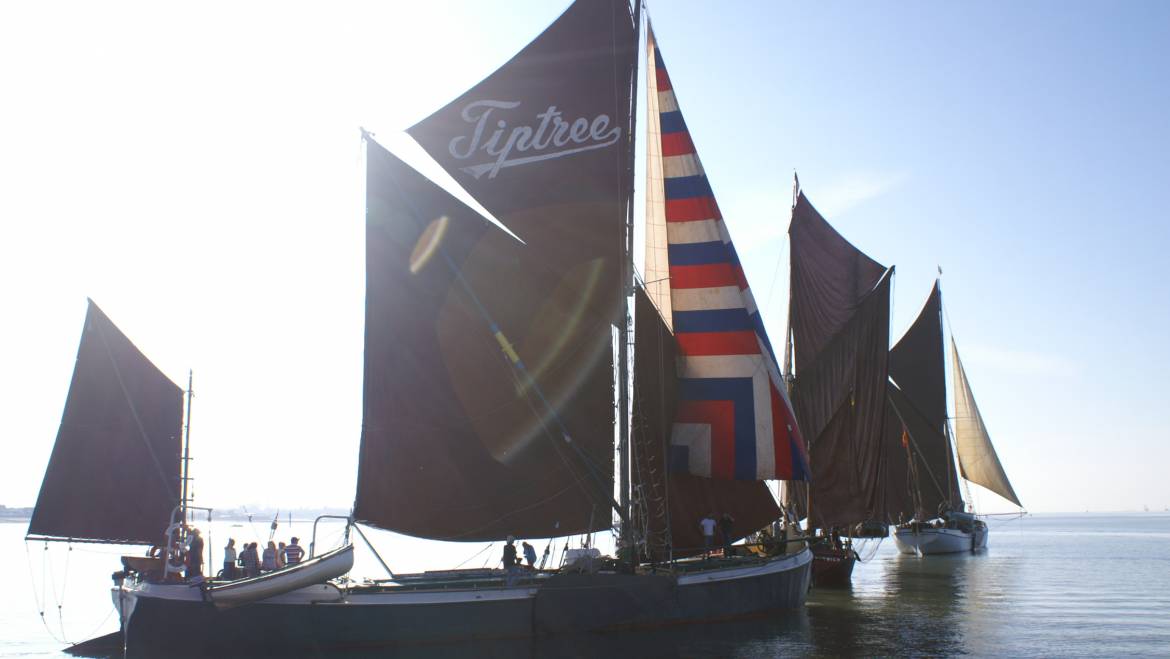 Decima was built by FG Fay & Co of Southampton, being one of twenty identical steel barges built by the company for EJ Goldsmith’s of Grays, who traded her until the late 1940s. The 67 ton, 85 foot barge’s history includes ownership by Rayfields of Gravesend, and then Greenhithe Lighterage as a motor barge.

She was sold out of trade to Dennis Wildish in 1977 and he re-rigged her as a charter barge. In 1999 she was sold to Jeremy Taunton as a houseboat.

Master shipwright and well-known sailing barge restorer Tim Goldsack bought Decima in 2003 and started a major restoration. She was gutted and a substantial number of the hull and deck plates were replaced. She was given a new set of rigging and good second-hand sails. A new Gardner 6LXB engine was fitted. Decima has three cabins, with six berths, and central heating was installed when her owner lived aboard her for two years.

In July 2004 Decima set her sails for the first time in over 15 years, regularly racing around the East Coast. In 2010 Wilkin and Son Ltd of Tiptree, Essex, (the famous makers of jams, marmalades, and conserves), became her sponsor, consequently the Tiptree logo has been displayed in her topsail.

She was sold to her present owner, David Leal, who keeps her on the Thames at Dartford.